Category : Travel Tips - By Unknown - At 3:35 AM/Monday, March 2, 2015 - No comment
Burmese cuisine can sometimes be regarded as oily to some people, but if you once visited this magical country, you will definitely miss some tasty Burmese foods, a blend of the spiciness of Indian cuisine, the flavor of Chinese cuisine and the richness of Thai cuisine. Here’s the list of 5 Burmese foods you need to try while in Myanmar:

"Of all the fruit, the mango's the best; of all the meat, the pork's the best; and of all the leaves, lahpet's the best". That’s a very popular rhyme in Myanmar, showing the significance and popularity of this somewhat odd salad dish. Lahpet contains pickled tea leaves, peanuts, garlic, fried peas, dried shrimps and dressed with oil, fish sauce (a very common Burmese dressing) and lime juice. Lahpet can be eaten at any time of the day. 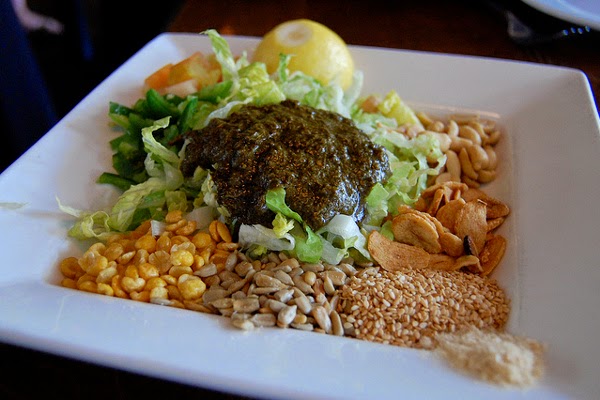 Unlike curry in Thailand or in India, Burmese curry does not contain coconut milk, thus it is considerably spicier. However, the presence of curry in Myanmar is still very important in any traditional meal of the family. A communal bowl of curry is often placed at the center of the meal, so that everyone can reach it easily. 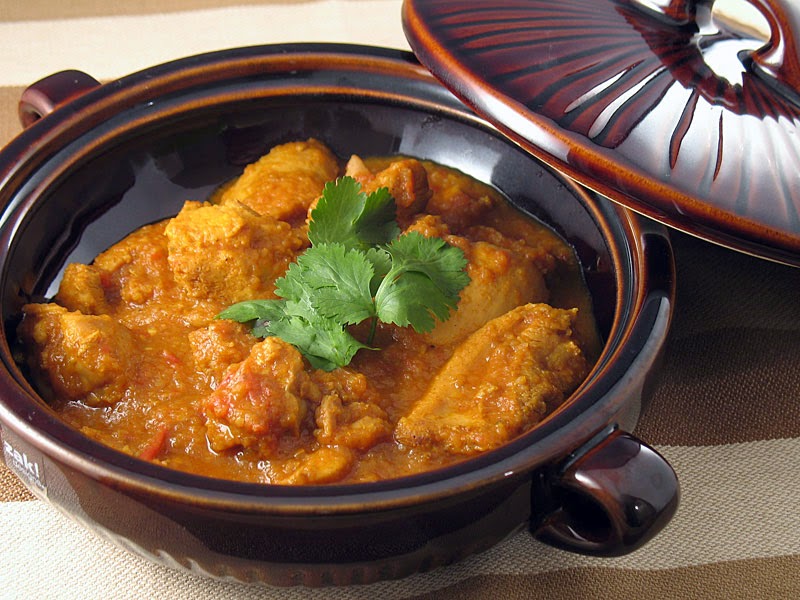 The Shan noodles is most common in Shan State and around the Mandalay region but nowadays it is widely eaten all over Myanmar. This dish perfectly represents the characteristics of Burmese cuisine, chilly, oily but very tasty. A bowl of Shan noodles is composed of chunks of chili-marinated pork or chicken and thin flat rice noodles dipped in a light broth. 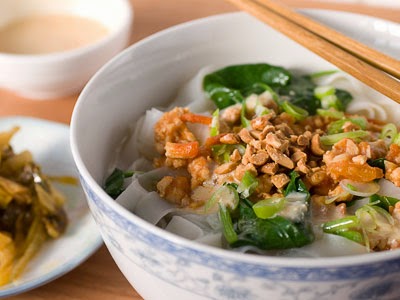 Unlike Shan noodles, Nangyi Thoke’s noodles is thick and round. This dish is often dubbed as Burmese spaghetti, but instead of tomato sauce and minced beef, it consists of slices of boiled eggs, bean sprouts and chicken sauce. 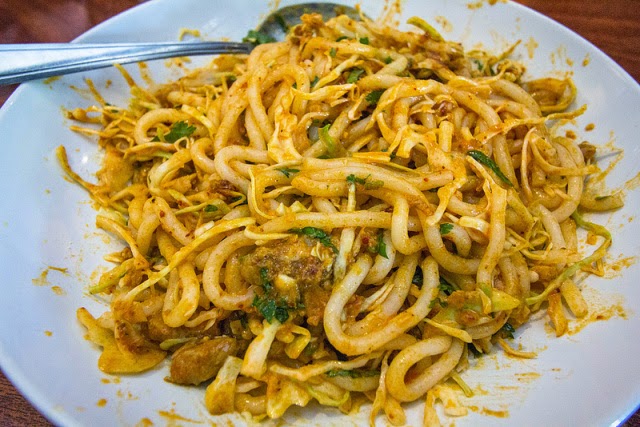 Another noodle dish in the list. Mohinga is considered as the unofficial national dish of Myanmar because of its popularity throughout the country. A bowl of mohinga usually has vermicelli noodles, catfish, garlic, chickpea flour, ginger, lemongrass and last but not least, fish sauce. Mohinga can be eaten at any time of the day, but most commonly as a breakfast dish. 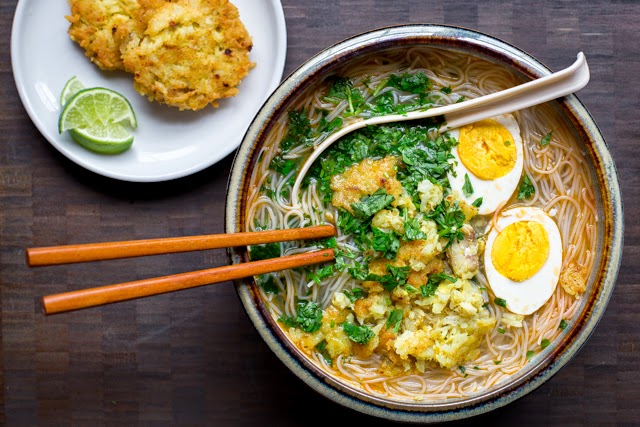