Category : Top Destinations - By David Dzung - At 6:51 PM/Sunday, November 8, 2015 - No comment - Location: tp. Đà Lạt, Lâm Đồng, Việt Nam
If you have opportunities to go to Dalat, you should not forget to visit the three famous flower villages named Thai Phien Ha Dong and Van Thanh in this plateau city.

Thai Phien flower village is located on ward No. 12, 7 km from the center of Da Lat City. Compared to many areas in this plateau city, Thai Phien has a fairly flat terrain, fertile soil and water from the streams leading to Than Tho lake.. . these conditions are very favorable for growing flowers. 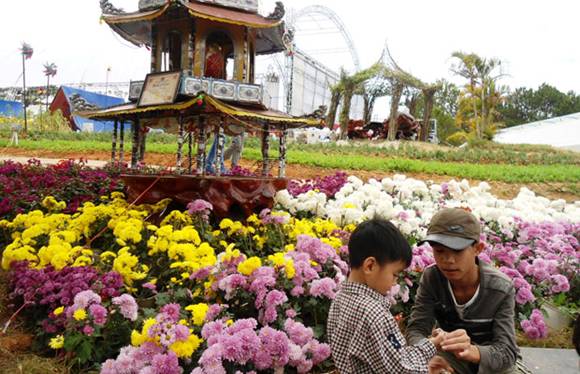 Therefore, while more than 50 years ago, Thai Phien just planted some kinds of flower such as chrysanthemum, gladiolus, roses, hydrangeas, now, coming here, tourists can see many varieties of flowers imported from France, Japan, Indonesia, the Netherlands as lilies flower, lisianthus flower, carnation, tulip... Since the flowers are cultivated all year round, the flower beds in Thai Phien village are always full of vitality. 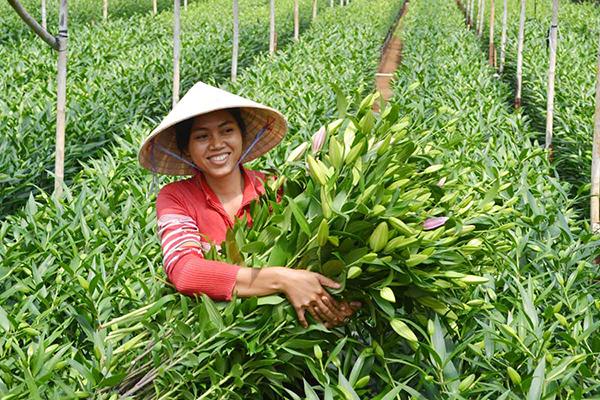 In the garden, you can not only unleash enjoy the beauty of colorful flowers, but can also observe the farming practices in many sections. Some people cultivate seedlings, some plant the flowers, some fertilize and take care, some pick the bloomed flowers, some wrap and package the product flowers. At harvest time, especially near Tet period, the atmosphere in Thai Phien becomes animated with vehicles transporting flowers appear in every roads. 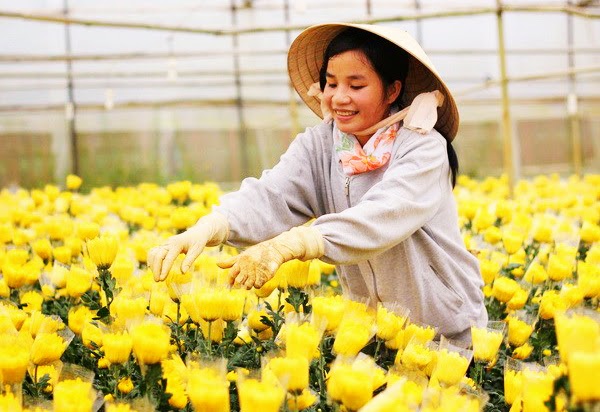 While in the daytime, Thai Phien is brilliant with thousands of flowers blooming and showing their beauty, the night here is attractive with the beauty of the shimmering yellow lights. Seen from above, the flower village is like a fascinating "city" of light with accumulating gardens which are sparkling in a hilly area.

Founded 75 years ago by a group of 35 households coming from Hanoi, Ha Dong flower village, located on ward No. 8 today, is considered the first flower-growing village of Dalat. Only approximately 2 km from the center of Da Lat to the west, Ha Dong flower village is an attractive destination for tourists who want to admire the colorful flower gardens. 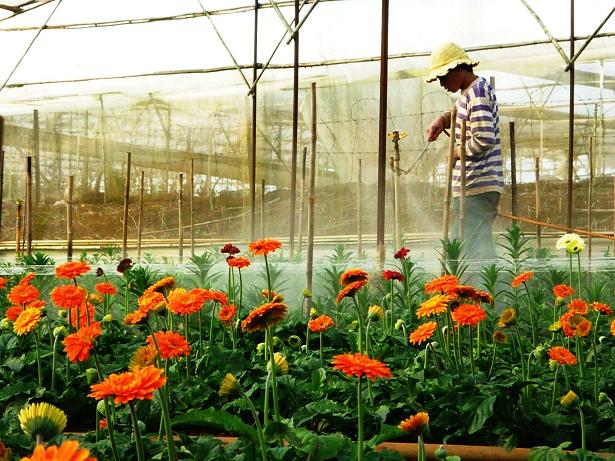 Despite having passed three fourths of the century, the imprints of the predecessors are still preserved in the village with the architecture of garden – pond - barn characterizing the countryside in the North, and especially, the pure voice of Hanoi. 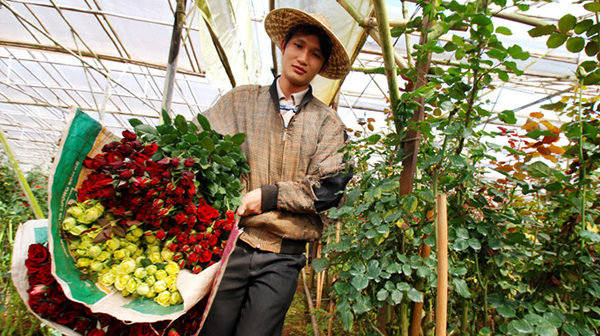 Like Thai Phien flower village, Ha Dong flower village was formed on the beautiful terrain, sloping along the low hillsides with fertile soil and stream water running through. Initially, the plants here are mainly strawberries, vegetables and chamomile, lily, gladiolus ..., but now, Ha Dong flower village has added many new varieties such as lilies flower, orchids, cymbidium, roses, Japanese chrysanthemums, baby... In particular, the traditional flowers are given priority by the villagers and are preferred by the customers. 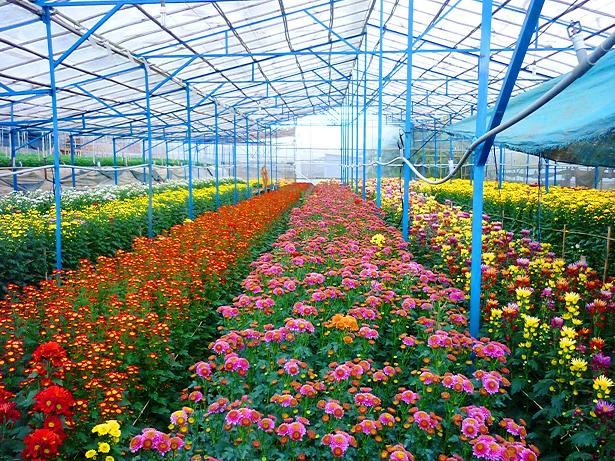 In spite of not being as perennial as Thai Phien and Ha Dong flower villages, Van Thanh is known as the largest flower village in Dalat, and is about 3 km the from the city center. From a dozen years ago, the inhabitants from Hanam province migrated to Dalat, established Van Thanh flower village today. 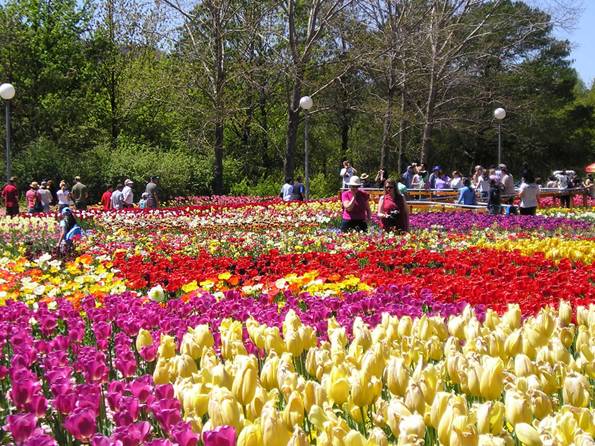 Although Van Thanh has steep mountainous terrain, in the form of terraces, this is still the main supplier for Dalat flowers, especially roses. Van Thanh Rose are mainly grafted from the trunks of wild rose stems. With new rose buds imported from Holland, Van Thanh villagers have created many types of roses which have different colors such as red roses, pink rose, pink, yellow moon rose,...

Besides the rose strengths, Van Thanh also attracts visitors with many beautiful flowers like daisies, lily, Salem, carnation, gerbera... Drifting in the "kingdom of flowers", you can also enjoy the charming aroma.