Category : Top Destinations - By Brian Vu - At 3:34 AM/Thursday, May 11, 2017 - No comment - Location: Mandalay, Myanmar
This place is known as the last royal palace of Burma's monarchy. The palace was built mainly from wood, between 1857 and 1859, as part of the founding of the new Mandalay Royal Capital of King Mindo. 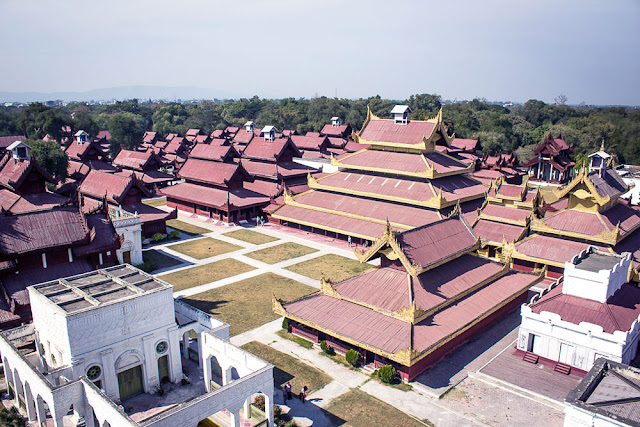 For most parts, the palace was designed in a traditional style. Situated on a square area of 413 hectares, this palace was built inside a solid fortified wall and surrounded by a beautiful water moat.

Mandalay Palace is the main royal residence of King Mindo and King Thibaw - the last two kings of the country. So all parts are magnificently constructed by teak and were gilded and painted in reddish color. Wall system is of 2 km long, 8 meters high, and 3 meters thick, with 48 cannon launchers. There are 12 doors representing 12 zodiac signs. Each wall has 3 doors divided separated evenly in term of space and corner. Outside, there is a moat of 64 meters wide, 4.5 meters deep. It is believed that in the past, under the moat, there was also a system of thorn, thorns to trap the enemy in case of attack. 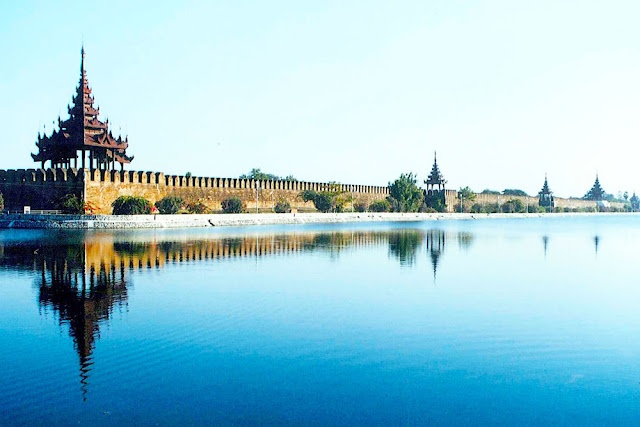 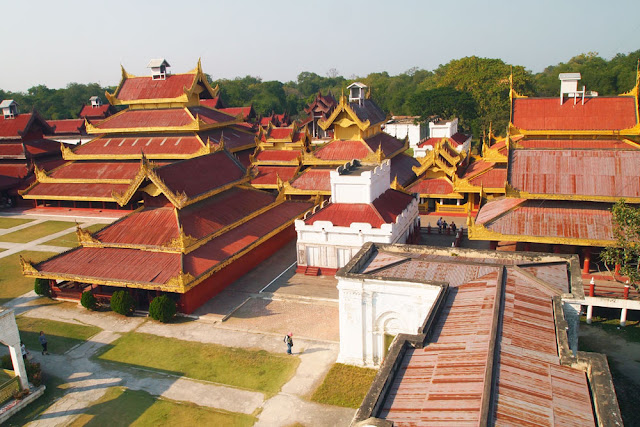 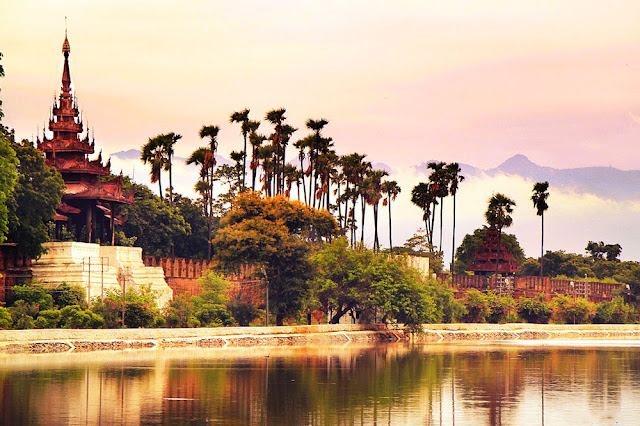 With its sophisticated and unique architecture, Mandalay Royal Palace has been preserved over the years, to retain the essence of human architecture. Visiting this heritage of Myanmar, visitors will have the opportunity to explore the royal culture of this place. In addition, when the tour is complete, you can visit downtown Mandalay and enjoy the special dishes of this city.