Suggestion of Best Places to Enjoy Bun Cha in Hanoi

Category : Vietnamese Foods - By Brian Vu - At 1:22 AM/Monday, May 15, 2017 - No comment - Location: Hà Nội, Hoàn Kiếm, Hà Nội, Việt Nam
The famous bun cha restaurants, which are at least 20 years old in Hanoi with their own charming marinating secret and traditional sauce making methods, are always attractive to any customers.

It’s impossible not to mention the bun cha Dac Kim whenever thinking about Bun cha in Hanoi. It has been a famous restaurant for a long time and became a frequent destination of gourmets as well as international guests to the capital.
Located at the beginning of Hang Manh Street, the restaurant has a relatively small area, during peak hours you have to go to the upper floors or sit right at the sidewalk because it is too crowded here. 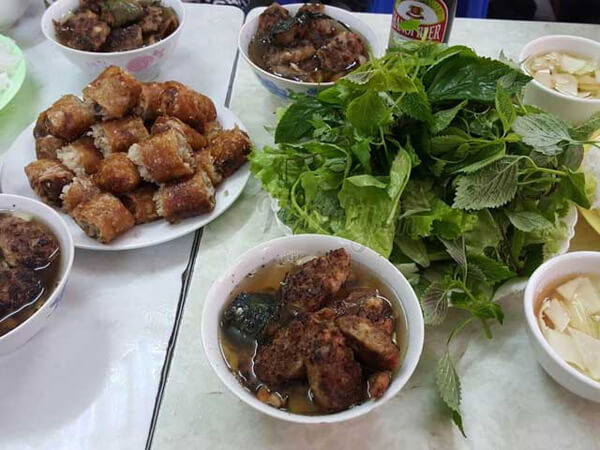 The restaurant opened around 1965 and is known by the special and meticulous –chosen material of the owner. It must be only pork slap meat or armpit meat, after shredding it will be marinated with spices, onion, garlic and fish sauce then grilled over charcoal.
Each bun cha serving in Dac Kim is prepared quite plump with lots of meat / rolls, a plate of noodles, fresh vegetables with sweet and sour sauce bowl together with delicious papaya salad. It is about 50,000-60,000 VND (2 – 3 USD ) per bun cha serving depending on customers ‘needs. 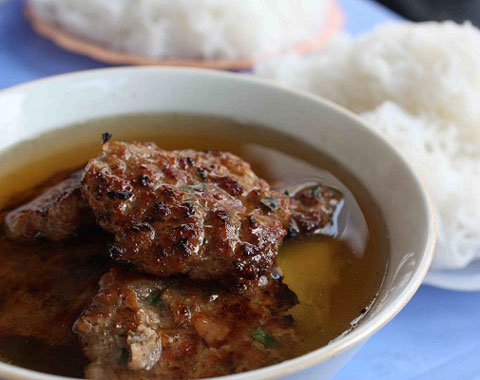 Despite complaints about the lack of sitting space or price that is somewhat expensive, the restaurant is always crowded with guests and became a symbol of the culinary in Hanoi capital.

One of the most famous bun cha restaurants in Hanoi is Sinh Tu, born in the early '70s in the crowded street of Nguyen Khuyen. The word "Sinh Tu" is taken from the original name of this street in the last century and now has become the brand of the bun cha dish. It is popular thanks to the delicious taste and affordable price as well, only about 35,000 VND (1.5 USD) per serving. 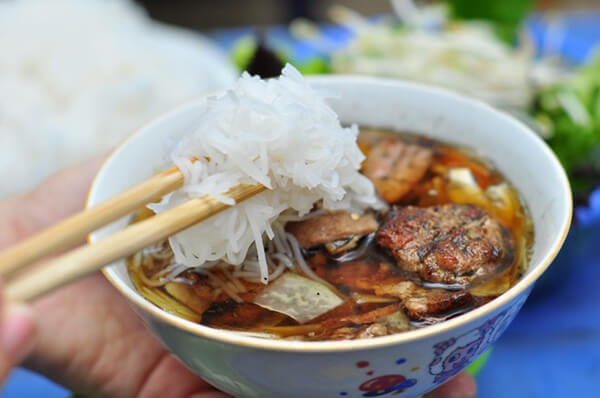 The secret, which is the soul of the food here, is how to make meatballs and mixing sauce with the featured flavour. According to the restaurant’s owner, selecting meat is also very important to the rolls’ deliciousness, meat should be very fresh, warm and marinated according to their own secrets. Guests coming here always give out many compliments for the delicious meatballs and baked meat, which are half-lean and half fat, making guests feel happy. Price is just 35,000 VND (1.5 USD).

The Bun cha restaurant is small but crowded everyday for lunch. It often serves many patrons. 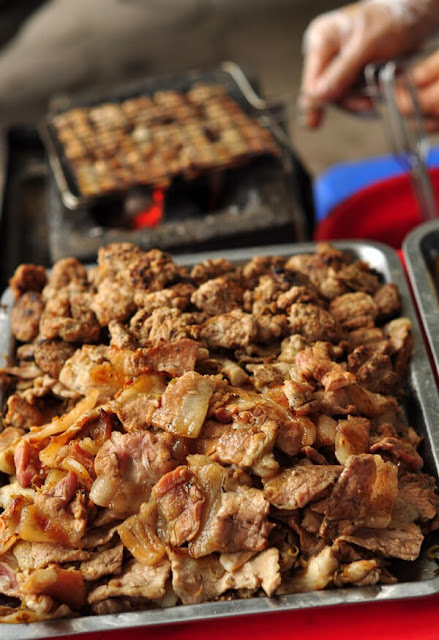 The highlight here is the sauce with very different tastes because of the colour, variety minced garlic and carrots. You will realize that the meatballs and grilled meat is so flavour, fragrant and attractive to the diners when they come across. There is a strange smell of grilled barbecue here because the meat is coated by a layer of banana leaf and then grilled over charcoal.
This is not a popular way of processing, so the taste has become a selling point. Price is 30,000 VND (1.5 USD) per serving.

Along the small street of Ngoc Khanh which is only a few hundred meters long, there are tens of bun cha restaurant. Go through the street, you will be captivated by the aroma emanating from the burst grilled skewers right at the sidewalk. 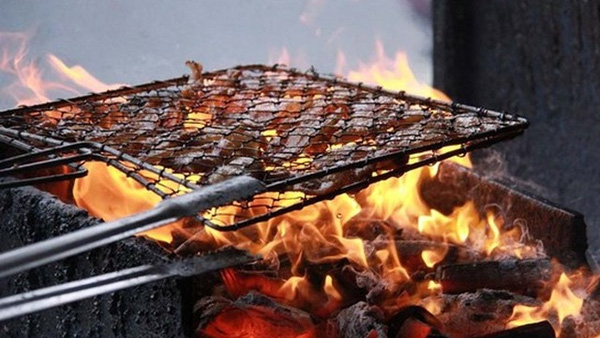 However, let’s stop and try bun cha at Duy Diem restaurant, which has long been a reliable address for gourmets in the capital of Hanoi with its own flavour, different from the rest of the street. It’s about 20 years old and captivates anyone if ever enjoyed thanks to the delicious, tasty and fragrant meatballs, which are marinated skilfully.
It is 40,000 VND (1.6 USD) per serving at Duy Diem restaurant. The meatballs are made elongate, very fragrant with onion, scorched, moderate thickness. The restaurant space is quite spacious, bun cha is very tasty and staff attitude is enthusiastic, moderate price… are selling point of the restaurant.

Today many people call this restaurant is "bun cha Obama" because the former President Obama stopped off and enjoy the food here in his visit to Hanoi. 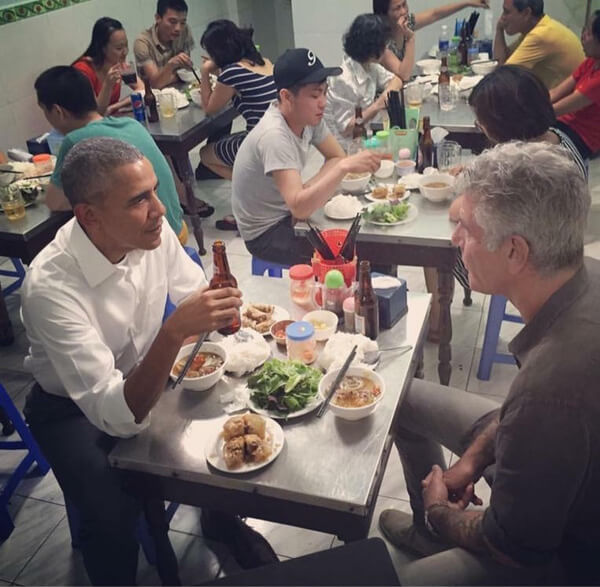 The restaurant has existed for 20 years and it is favourite address of the people living around the neighbourhood of Thi Sach - Le Van Huu - Ngo Thi Nham.
Unlike above restaurant, the meat and meatballs here is soft, sweet and tasty, aromatic with onions, especially delicious sauce with moderate sweetness. The space of the restaurant is clean, spacious, 40,000 VND (1.6 USD) per serving of bun cha and quite crowded at lunchtime.