The Shwedagon Pagoda Festival - The Most Spiritual Pagoda in Myanmar

Category : Top Destinations - By Brian Vu - At 8:53 PM/Thursday, June 8, 2017 - No comment - Location: Mi-an-ma (Miến Điện)
Shwedagon Pagoda is known as the most famous temple with the impressive majesty and sacredness in Myanmar – the land of golden temples . And every year, many Buddhist ceremonies are held at the temple. The festival is a traditional spiritual cultural event that is very meaningful and has a great influence on the spiritual life of the people. However, over the last two decades, this Buddhist festival has not taken place here. 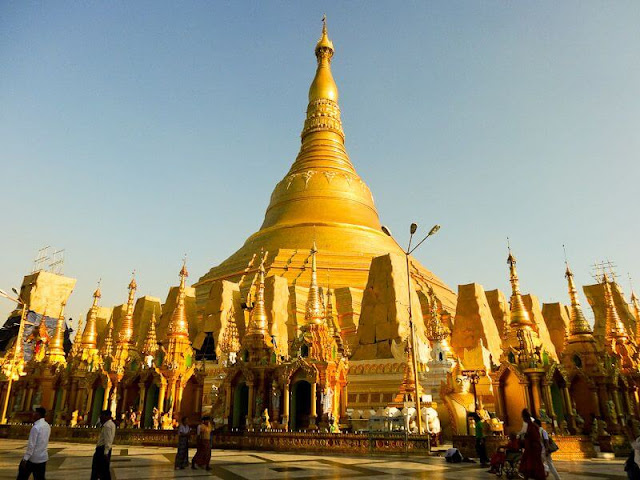 Over the past few years, government policy has been more open, Shwedagon Pagoda has been allowed to hold Buddhist festival, which gives the people excitement.

The festival is officially opened on February 22 and took place a total of two weeks with many activities, ceremonies and traditional rituals of Buddhism. The festival at the Shwedagon Pagoda in Yangon is a perfect combination of Buddhism and Burmese folklore traditions. 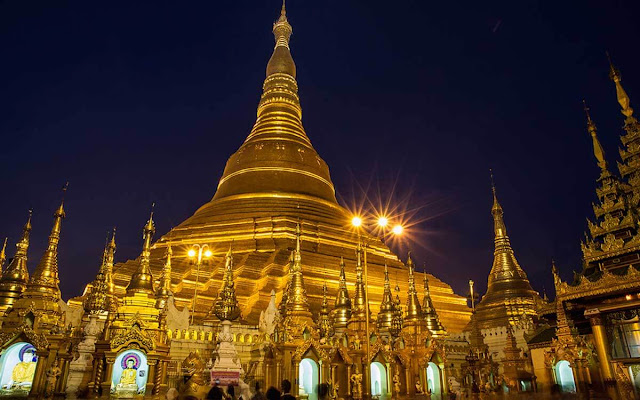 Shwedagon Pagoda is built on a hilltop and is extremely prominent in the sky of Yangon. Every night, tower populations, statues in this place are illuminated to become sparkling, highlighting a sky region.

Shwedagon is known as the Golden Temple because most of the statues or buildings are covered with gold leaf. It is estimated that 4,351 diamonds are attached to the main tower of the temple, and the heaviest diamond weighs 76 carats. According to historical records, the Shwedagon Golden Temple has existed for 2,600 years. Legend has it that Shwedagon Pagoda is home to 8 hairs of the Buddha. The Buddha gave these hairs to two traders asking to be his disciples when the Buddha was in the world. 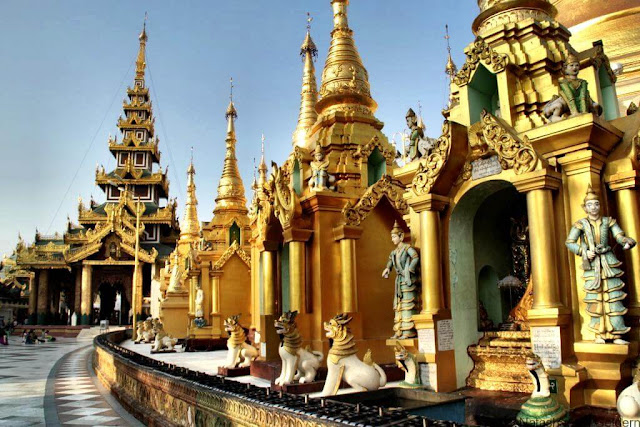 During the festival, there is a very cheerful atmosphere outside the pagoda with many activities happening. This is the place where people can watch performances and enjoy entertainment. There is also a fair with a varied food area, exhibition and trading in handicrafts and foodstuffs from around the country.