Vietnam Travel » Travel News » Grab a piece of spirituality with the essence of Buddhist culture!

Grab a piece of spirituality with the essence of Buddhist culture!

Category : Travel News - By David Dzung - At 8:11 AM/Wednesday, August 16, 2017 - No comment - Location: Myanmar (Burma)
Myanmar, with its peace keeping Buddhist culture is considered to be one of the most pious countries around the planet. The aesthetic value of this country includes the saintly tradition and authentic culture showcasing the morals of Buddhism. The country embraces the essence of harmony and peace through its various spiritual sites. With a beauty of glittering gold pagodas and temples to the ravishing Artwork, Myanmar is a great place to explore for Gallivanters in terms of spirituality. Let us find out how to inhale the essence of spirituality in the culture and tradition, while in Myanmar.

Pagodas form a major part of the religious sites in Myanmar. There are plenty of pagodas to visit in the country. Few of them include: 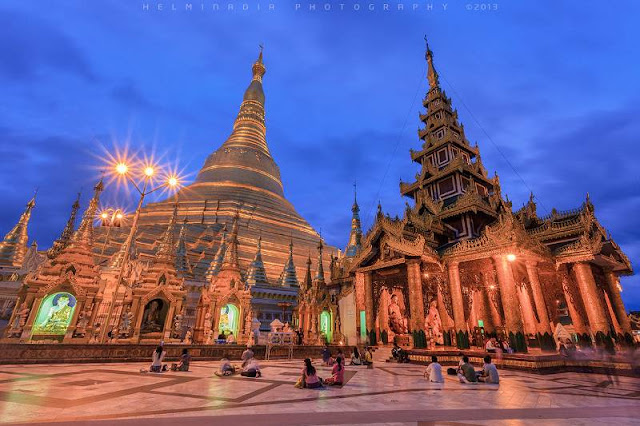 Shwedagon Pagoda is one of the most famous and renowned Buddhist site. Its eternal beauty ranges from 27 metric tons of gold usage to thousands of diamonds and other precious stones and gems. It is known for the antiques of the three former Buddha’s and preserving eight hairs of Gautama Buddha. Visiting this place in the cool dawn may surprise you with the setting sun colors of the golden sputa. 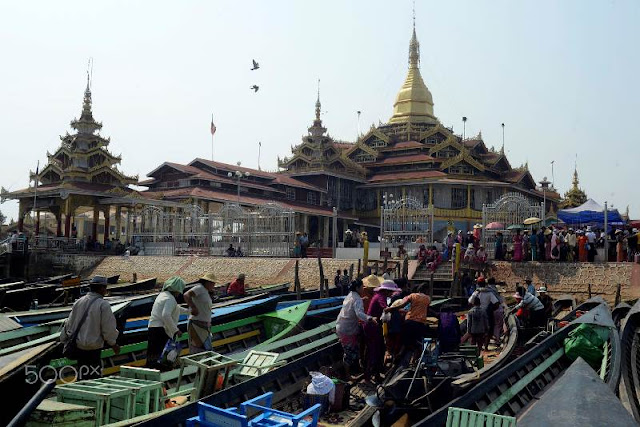 This pagoda is located in the pleasant atmosphere of Inle Lake in Shan state and can be visited by the medium of boat. The charming and quiet surrounding contributes to the beauty of this pagoda. In October, a very joyful festival celebration takes place in this state which is considered to the largest and most renowned celebration of the Shan state. It is definitely a place not meant to be missed!

There are a considerable good amount of temples in Myanmar. Let us focus on one of the main and very renowned temple in Bagan.

This temple is a wonderful creation of King Kyansittha in the 11th century. It is build with a traditional Mon architectural fashion, and is 35 feet high. It is one of the largest and most beautifully designed temple in Bagan with 30 foot tall Buddha images facing the four cardinal directions that exhibits the four successful wisdoms of Lord Buddha. There is a temple festival that is celebrated in January and February which marks as the biggest event in the city illustrating many traditional performances. Visiting this temple should be a must on your list.

Myanmar’s tradition and culture revolves around Buddhism and its teachings. Children in Myanmar are raised as Novice monks from a very early stage. They are made to live and gain their understanding of the culture in the Buddhist monasteries along with all other children forming a very close bond with each other. People in Myanmar honor Buddha’s teachings by chanting and praying throughout the day. This forms as an integral part of their tradition.

Amongst all the Buddhist follower countries, Myanmar has the highest proportion of sacred monks and nuns with around 80 to 90 percent of the population in the country preaching Buddhism as their core religion and practices. From the age of 7, every boy in the country is expected to live in a monastery and learn the Buddhist culture and teachings for a few weeks and return to the normal life willingly. The ethical conduct teaches the children lessons of life.

Worshipping Buddhism in the country

Theravada Buddhism is the main religion and preaching followed in Myanmar. In the life of a common man in Myanmar, the hold of religion is reflected in every aspect of his living and conditions around. Myanmar consists of considerable number of temples and monasteries including a special community of monks. They follow a proverb that states- "To be Burmese is to be Buddhist". Life of people in the country is centralized around the three principles of Buddhism -

To live up to the principles of this religion is not an easy path to follow. However, the people of this country are persisting in their beliefs from past many centuries.

Art showcasing the Buddhist of Myanmar

The presence of Buddhism in Myanmar has led to creation of stunning artwork since long period of time. It is mainly focused on Theravada Buddhism. The Buddhist art began to flourish in Burma with ‘Pyu city states’ where they used to build solid stupas which are now looked upon for building beautiful Burmese temples in the current century. Also, the Pagan Empire developed the stupa style as well as Gu-style hollow temples. The Architectural boom in innovation included the pointed arches, pentagonal temple plan as well as the vaulted chambers.

The images of Buddha are designed in 3 most popular styles - The Ava style, The Mandatory style and The Shan style. All the images are a must watch considering their beautifully formulated styles and designs.

So, get ready backpackers to explore the spiritual state of the Myanmar.