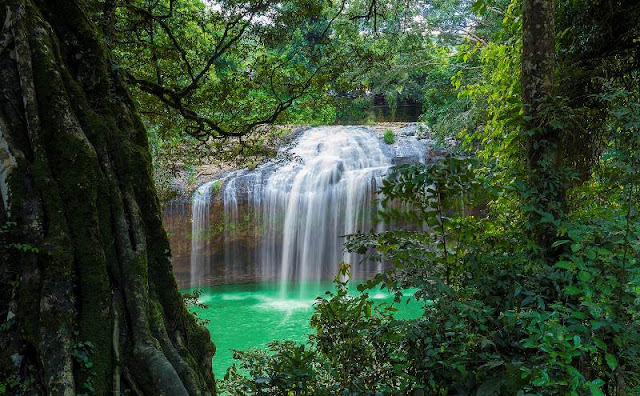 The Prenn Waterfall Resort is about 11 kilometers from the center of Dalat city. Its area is about 16 ha including many pagodas, restaurants, amusement park, cable car and so on. In the rainy season, Prenn waterfall flows in streams from a height of 20 feets. There were so many poets who had found their inspiration for their spirit children. Many couples fell in love with each other when coming here. Going to Prenn Waterfall Resort, visitors have an opportunity to enjoy nature, admire the majestic landscapes of the mountains and forests. This is also the place to go camping of many teenagers from other countries. 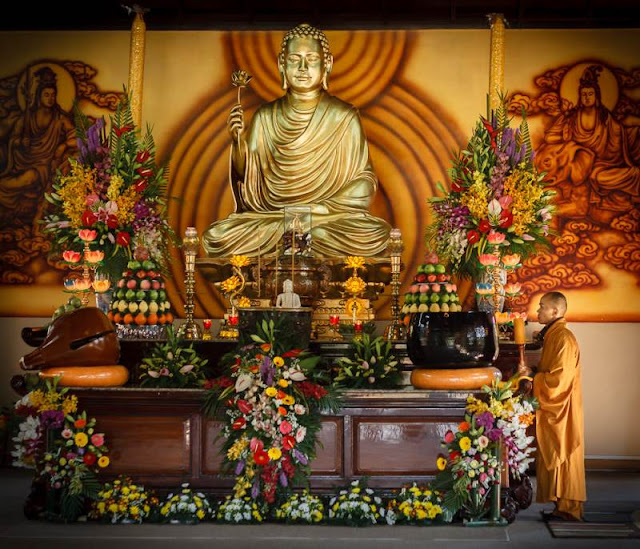 Truc Lam was built in 1993 by the ideal of Thich Thanh Tu monk. In 1994, it was completed. The temple is located on Phung Hoang mountain In front of Truc Lam is the romantic Tuyen Lam lake. It is about 5 kilometers far from the center of Da Lat city. Truc Lam Zen Monastery is not only the largest monastery in Lam Dong Province but also a popular tourist destination in Vietnam and other countries. 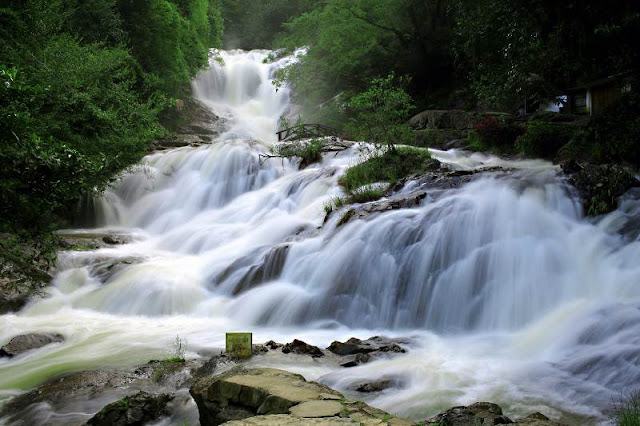 Datanla waterfall means "bottom water" according to K'ho ethnic minority. This is a popular destination in Da Lat. There are two ways to get off the fall. One is walking about 150 meters, and two is going about 500 meters by the chute-the-chute. You will see a majestic waterfall from the height of 20 meters together with the thin air in the middle of the mountains. In addition, there are two small waterfalls called "Death Valley" and the waterfall is also quite attractive for tourists to explore and climb. 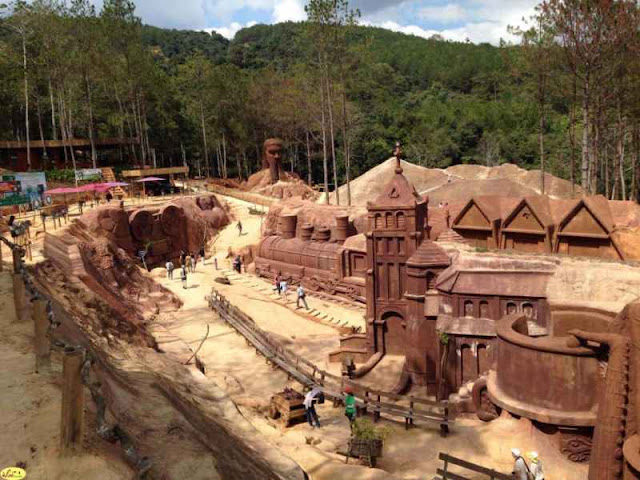 The Clay Tunnel is one of the newest destinations in both time and space. The Tunnel operated in 2012, but until 2014, visitors will be introduced to know this place. This is an elaborate structure. Most of the sculptures are arranged in a straight line more than 1000 meters length. The sculpture products are also arranged in the order corresponding to each stage of Da Lat history. Visitors will be extremely happy and they will enjoy their trip to the Highlands.

Do Main de Maria Church is also known for other calls such as Vinh Son Church, Mai Anh Church. Located in 1 kilometers from the center of the city to the northwest. The total area is about 12 hectares. It was built between 1930 and 1943 and was completed by Suzanne Humbert, who had contributions to the construction of the church. The church is 33 meters height and 11 meters width. Behind the church, there are beautiful gardens, Suzanne Humbert's tomb, and two monastery blocks. Here, the nuns teach embroidery for destitute children. Tourists can buy quality woolen items here.

Golden Valley Resort is about 20km from Da Lat city. Located in Dankia Lake - Golden Stream. The landscapes are very romantic because of many trees and streams. Initially, it is a flower garden but now, it becomes one of the attractive attractions with tourists when going to Da Lat.

Dream Hill is an ideal place to visit beautiful sceneries and learn Tay Nguyen culturally. Here, visitors have the opportunity to visit the flower garden with bright colors. You can explore the magic wheel in the traditional house of Tay Nguyen people. Moreover, you can also exchange culture with space of Gong Culture in the Central Highlands of Vietnam.

This is the place where the most characteristic of Dalat with rivers and streams, ponds and lakes such as love lake, love garden, Uyen Ung Ho Diep Hill, Adam and Eva small place or Flower City. Visitors can stroll through the forest to visit sightseeing or traveling by train or Jeep bicycle. But anyways, the beauty of the Valley of Love is also very charming.

The Pagoda was built in 1958 on the Dragon Hill in the center of the city about 5 kilometers from Da Lat. The pagoda had the architectural style of the Chinese, along with a unique style with extremely large space on the high hill. People worship the Buddha and Bodhisattva. Especially, there is a mysterious turntable in the temple. Behind the pagoda, there is a white Buddha statue with the height of 10 meters. There are souvenir stalls available for you.

The Flower Garden has the other name is the Bich Cau Garden. It was built in 1966 and not cared a long time. However, in 1985 it was rebuilt and the garden became a popular tourist destination. This is a place to honor the laborers who contributed to plant flowers and help Da Lat be a city of flowers. This is the place that has many flowers from many countries all over the world. Especially is Da Lat Flower Festival, Da Lat is known as the most colorful place.

Ho Xuan Huong Lake is an artificial lake built by the French in the early 20th century. Its peripheral is about 7 kilometers and the area is about 25 ha stretching about 2 kilometers on Xuan Huong street. In the west, there are Cu Hill, Da Lat Flower City. In the East, there is a supermarket, shopping mall, and Yersin park. Today, Ho Xuan Huong plays an important role in the lung of the whole city. Next is Than Tho Lake. It bases on a sad story of a boy and a girl at Than Tho Lake. Their love story is very romantic but is divided by the stringent of their family. The story ends with the sadness of both. Finally, they find the death because they can not meet each other.

XQ Xu Quan is a traditional embroidery art of the Dalat people. This art is associated with the names of two characters. They are Vo Van Quan and Hoang Le Xuan. Two of them have to overcome their diversity to find and create. In 1996, when they had enough time to contribute, XQ Da Lat Co., Ltd. was found and they brought to viewers many masterpieces of embroidery. XQ Dalat has made the reputation for the traditional embroidery art of the country.

Hang Nga Villa is one of the 10 most exotic houses in the world. The villa was built in 1990 by the famous architect name Dang Viet Nga. The villa is inspired by the images of nature such as the spiderweb, the tree, the cave and so on. Inside, the villa is designed exclusively. Many houses are linked together by small paths and it looks very natural. Today, it becomes not only a popular tourist attraction but also a luxury 6-star hotel in Da Lat.

Da Lat station is the first station and the oldest station in Indochina. It was built by the French government in 1932 and put into operation in 1938. However, it has no longer be used until liberating day due to the devastating war. Now, it is a famous destination for tourists to learn more about history.